Who will be left behind when Christ returns? – It is time to unlearn the lies.

One of the most popular verses used to speak about the rapture is found in Matthew 24 and speaks about who will be left behind when Christ returns that is to say one person being taken while another is left behind. This is actually, where the left behind book theory got its name.

However, we need to look at the context of these verses to find out who is being taken and who is being left behind.

Jesus said his return would be like the days of Noah, he explains the flood took everyone outside of the ark away, which means the wicked would be taken away when Messiah returns. This is the exact opposite of what most people teach about the rapture.

Jesus is talking about the judgement and the destruction of the wicked and His return.

This is what the book of Revelation tells us that when Jesus returns the world will tremble in fear of His wrath.

“15: And the kings of the earth, and the great men, and the rich men, and the chief captains, and the mighty men, and every bondman, and every free man, hid themselves in the dens and in the rocks of the mountains; 16: And said to the mountains and rocks, Fall on us, and hide us from the face of him that sits on the throne, and from the wrath of the Lamb: 17: For the great day of his wrath is come; and who shall be able to stand?” – Revelation 6: 15 – 17

Remember the parable of the wheat and the tares. The owner instructed the servants to let the wheat and tares to grow together until the harvest and notice, which is gathered first.

“30: Let both grow together until the harvest: and in the time of harvest I will say to the reapers, Gather ye together first the tares, and bind them in bundles to burn them: but gather the wheat into my barn.” – Matthew 13:30

The tares are gathered first not the wheat. The tares are destroyed and the wheat is gathered into the barn. This is consistent with what Jesus said about the days of Noah. The wicked are taken away and the righteous are left behind.

The bible consistently describes the wicked as the one who would be taken away when Christ returns because the Godly will remain to join Jesus in His Kingdom where we will live with Him for a thousand years.

“4: And I saw thrones, and they sat upon them, and judgment was given unto them: and I saw the souls of them that were beheaded for the witness of Jesus, and for the word of God, and which had not worshipped the beast, neither his image, neither had received his mark upon their foreheads, or in their hands; and they lived and reigned with Christ a thousand years. 5: But the rest of the dead lived not again until the thousand years were finished. This is the first resurrection. 6: Blessed and holy is he that hath part in the first resurrection: on such the second death hath no power, but they shall be priests of God and of Christ, and shall reign with him a thousand years.” – Revelation 20: 4 – 6

Thanks for reading and watching and remember the truth will set you free. 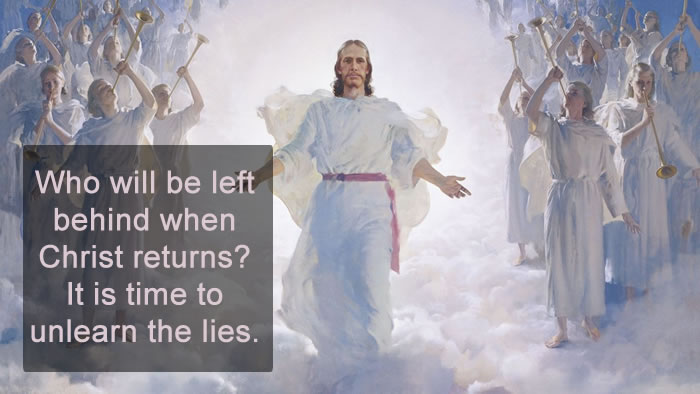 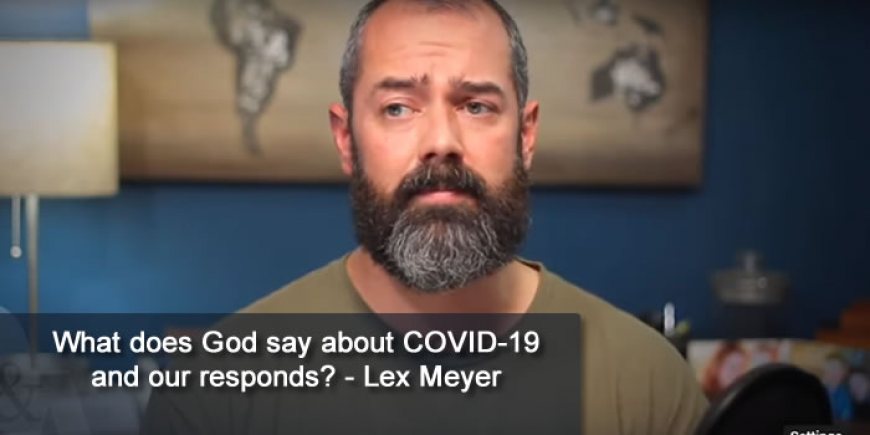 What does God say about COVID-19 and our responds? - Lex Meyer

Let us look at what the bible says about the type of thing and how ...[Read more] 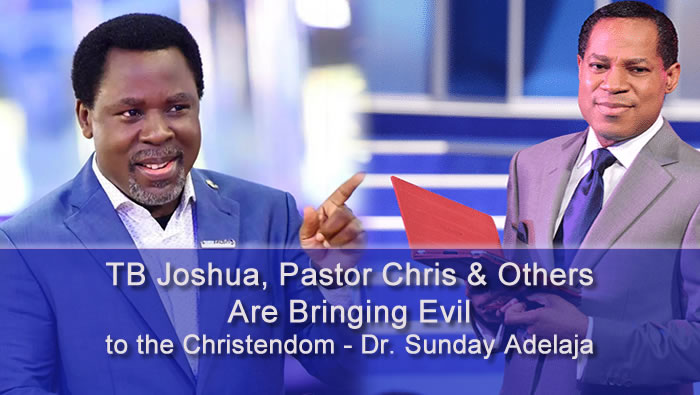 Our people are gullible; they do not know their left from right. People are perished ...[Read more] 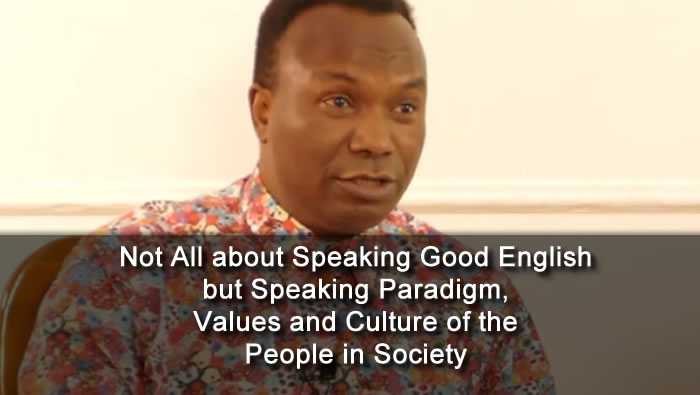 Not All about Speaking Good English but Speaking Paradigm, Values and Culture of the People in Society

Recently, somebody wrote a comment in one of my videos and said, you are criticizing ...[Read more] 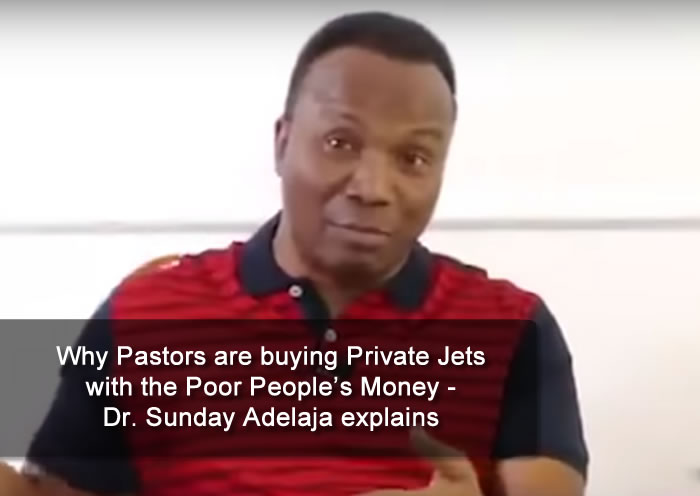 Dr. Sunday Adelaja said he does not have any problems with Pastors buying private jets ...[Read more] 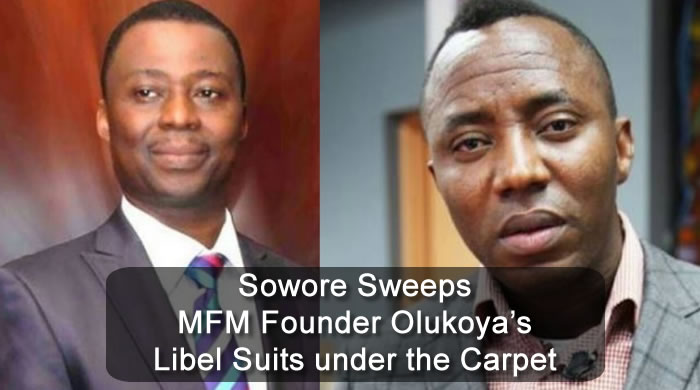 Starting from the old Testament Daddy Freeze highlighted some of the verses of the Bible ...[Read more] 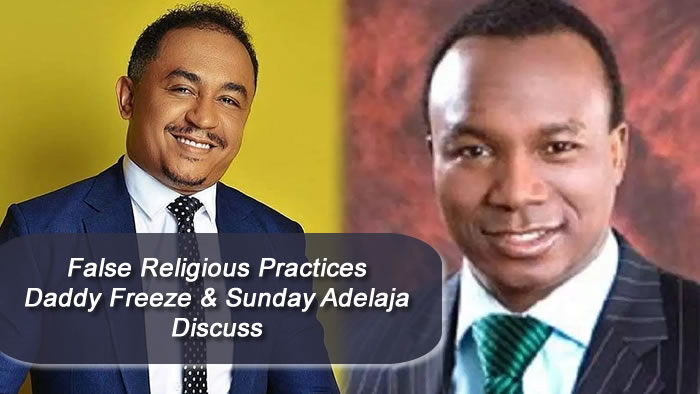 Religion is not just defrauding people but the economy of Nigeria and is running to ...[Read more] 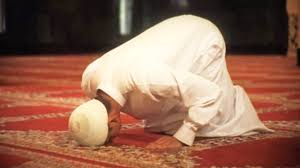 Do you know that the richest man on earth is not BILL GATE but a ...[Read more] 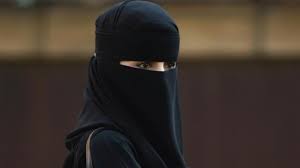 Islam is d total submission to d will of almighty Allah and it is also ...[Read more] 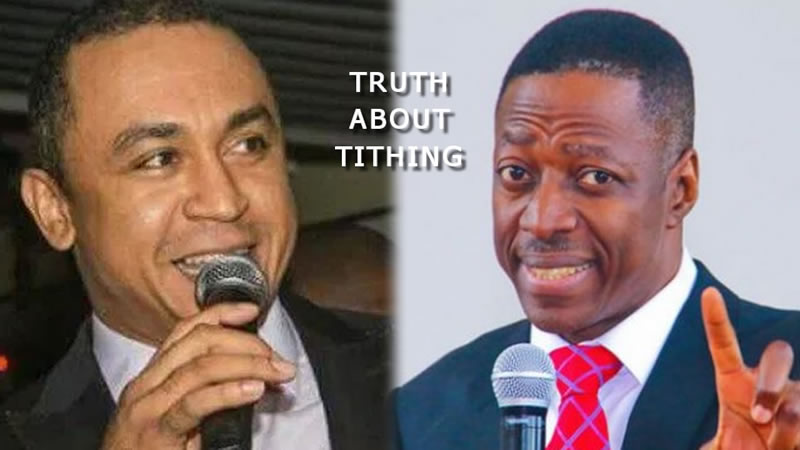 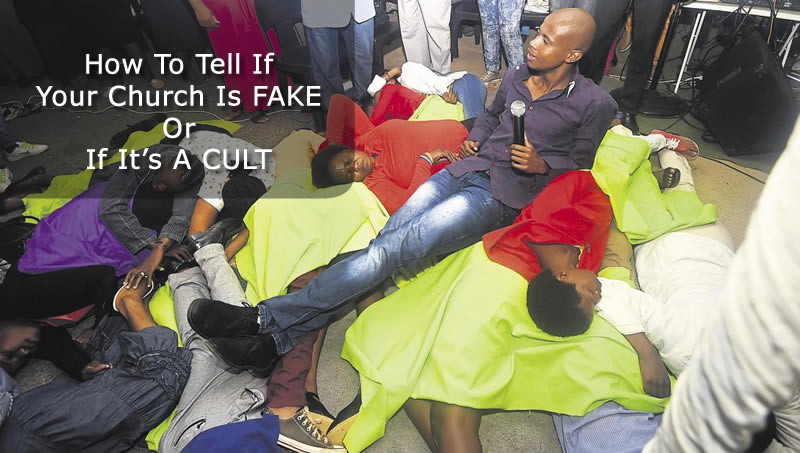 How To Know If Your Church Is FAKE, If It's A CULT

Today, you are going to learn how to know if your church if fake that ...[Read more] 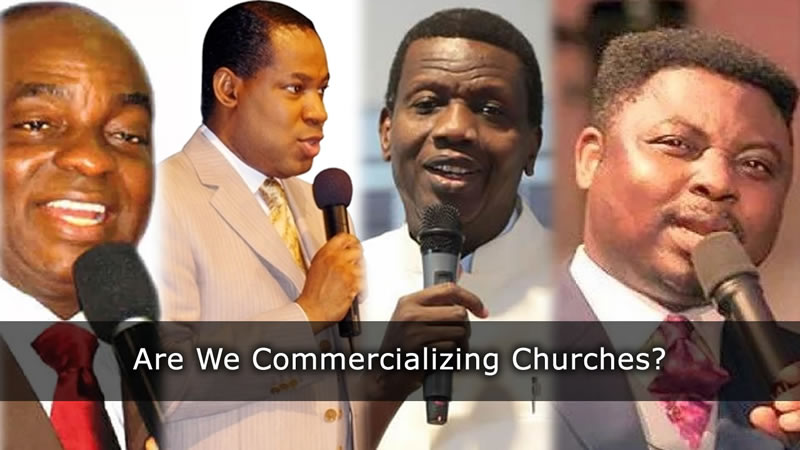 Are Pastors not Modern Day Devourers by Commercializing Churches? Let Us Find out

Let us find out how Pastors (Pastorpreneaurs) in our modern day are devouring us by ...[Read more] 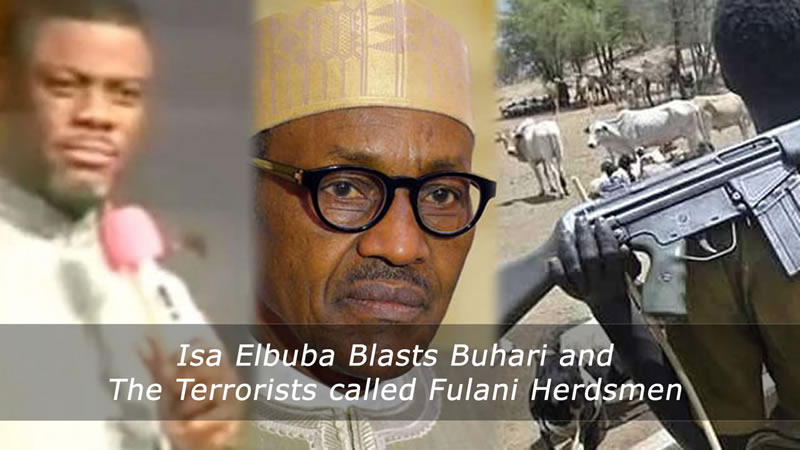 Pastor Isa Elbuba has said that no Nigerian should allow deceit from anybody that this ...[Read more] 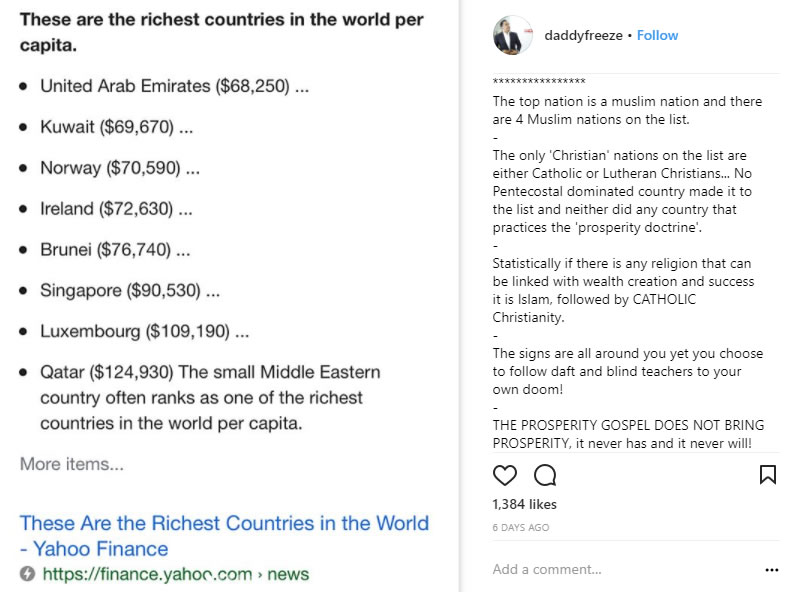 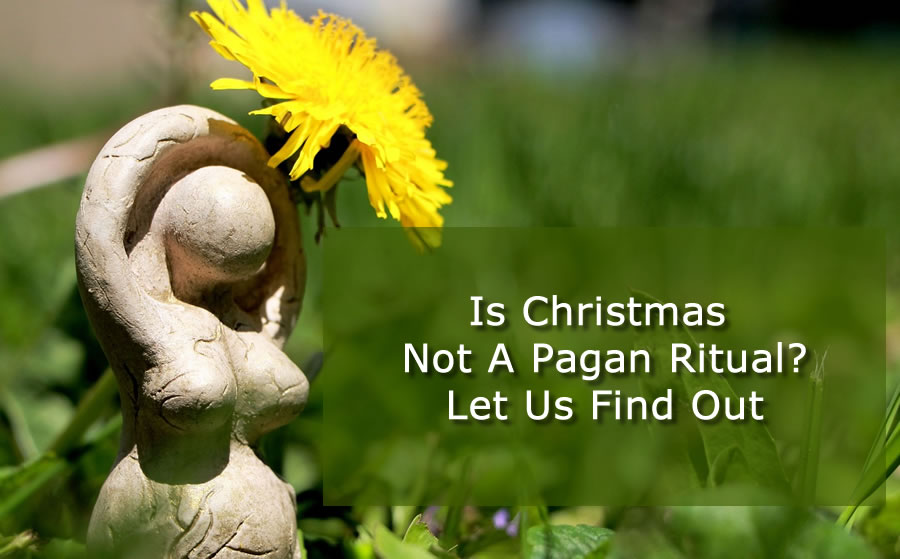 Is Christmas Not A Pagan Ritual? Let Us Find Out

Is Christmas Not A Pagan Ritual? Let Us Find Out. Today's teaching is about ...[Read more] 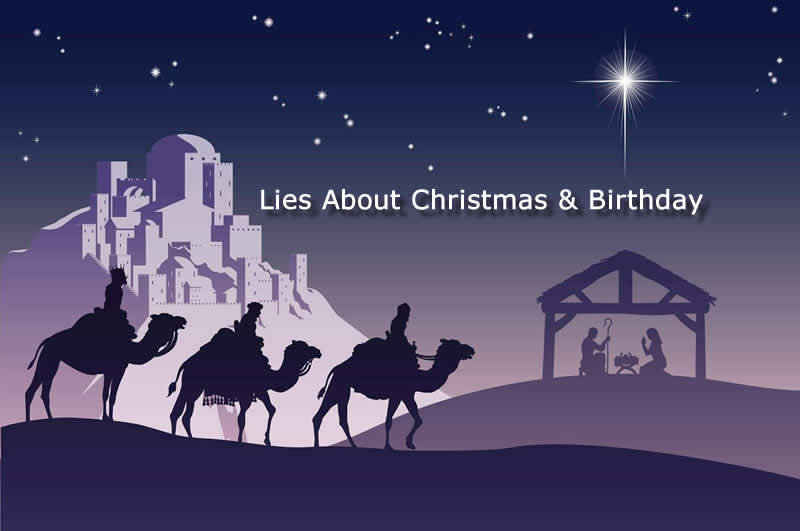 Lies About Christmas And Birthday 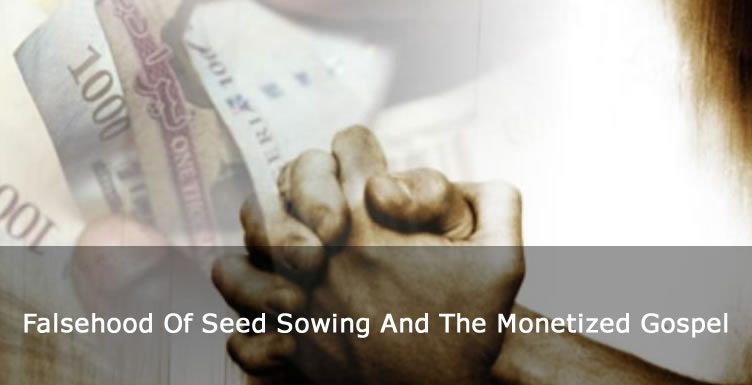 The Falsehood Of Seed Sowing And The Monetized Gospel - Daddy Freeze

On the subject of Falsehood Of Seed Sowing And The Monetized Gospel Daddy Freeze ...[Read more] 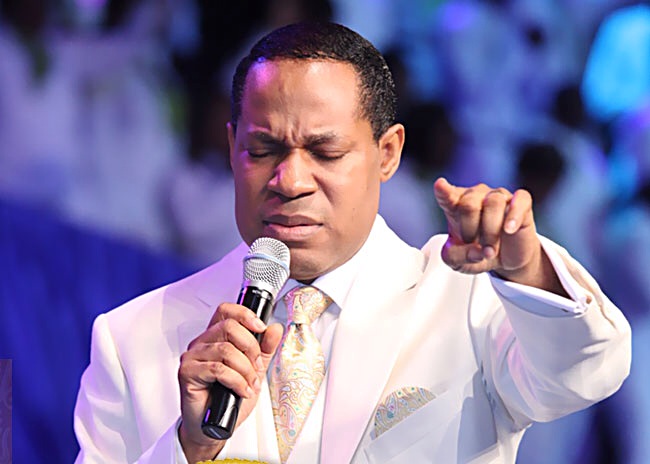 Is Your Pastor Hypnotizing/Brainwashing You? Find out now! Church brainwashing Stockholm Syndrome - Part 1

This is a very important topic for you to be aware and learn so you ...[Read more] 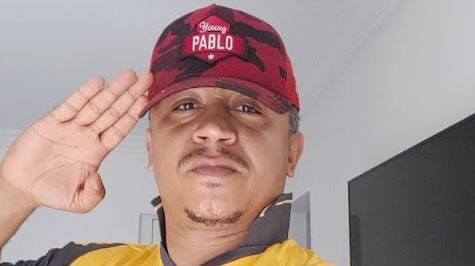 Is Speaking In Tongues Fake? Is It Fraud? - Daddy Freeze

Today's to topic is very significant to the body of Christ and it is ...[Read more] 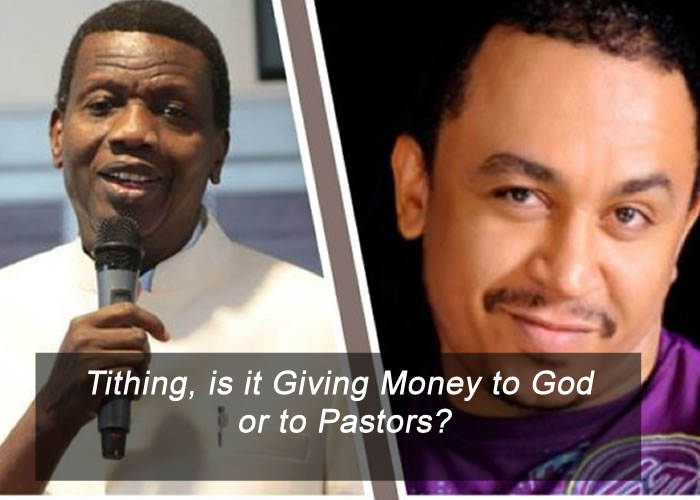 Tithing, is it Giving Money to God or to Pastors?

Please Login to continue or click here to join GTK Forums free and also start posting your contents. Thanks.

Send Message to the Admin

Replying to the topic:

In case of spelling errors, maybe your context menu might have been disabled in your browser software, you can press Ctrl key and then right click on the misspelt word to choose from the suggested words. That is Ctrl + Right Click.